亚单元:
Component of the NuA4 histone acetyltransferase complex which contains the catalytic subunit KAT5/TIP60 and the subunits EP400, TRRAP/PAF400, BRD8/SMAP, EPC1, DMAP1/DNMAP1, RUVBL1/TIP49, RUVBL2, ING3, actin, ACTL6A/BAF53A, MORF4L1/MRG15, MORF4L2/MRGX, MRGBP, YEATS4/GAS41, VPS72/YL1 and MEAF6. The NuA4 complex interacts with MYC and the adenovirus E1A protein. MORF4L1 may also participate in the formation of NuA4 related complexes which lack the KAT5/TIP60 catalytic subunit, but which include the SWI/SNF related protein SRCAP. Component of the mSin3A histone deacetylase complex, which includes SIN3A, HDAC2, ARID4B, MORF4L1, RBBP4/RbAp48, and RBBP7/RbAp46. Interacts with RB1 and KAT8. May also interact with PHF12 and one or more as yet undefined members of the TLE (transducin-like enhancer of split) family of transcriptional repressors. Interacts with the N-terminus of MRFAP1. Found in a complex composed of MORF4L1, MRFAP1 and RB1. Interacts with the entire BRCA complex, which contains BRCA1, PALB2, BRCA2 and RAD51. Interacts with PALB2. Forms a complex with MSL1 and NUPR1.

功能:
Component of the NuA4 histone acetyltransferase (HAT) complex which is involved in transcriptional activation of select genes principally by acetylation of nucleosomal histones H4 and H2A. This modification may both alter nucleosome - DNA interactions and promote interaction of the modified histones with other proteins which positively regulate transcription. This complex may be required for the activation of transcriptional programs associated with oncogene and proto-oncogene mediated growth induction, tumor suppressor mediated growth arrest and replicative senescence, apoptosis, and DNA repair. The NuA4 complex ATPase and helicase activities seem to be, at least in part, contributed by the association of RUVBL1 and RUVBL2 with EP400. NuA4 may also play a direct role in DNA repair when directly recruited to sites of DNA damage. Also component of the mSin3A complex which acts to repress transcription by deacetylation of nucleosomal histones. Required for homologous recombination repair (HRR) and resistance to mitomycin C (MMC). Involved in the localization of PALB2, BRCA2 and RAD51, but not BRCA1, to DNA-damage foci. 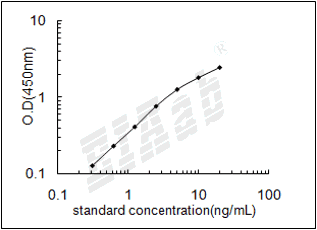